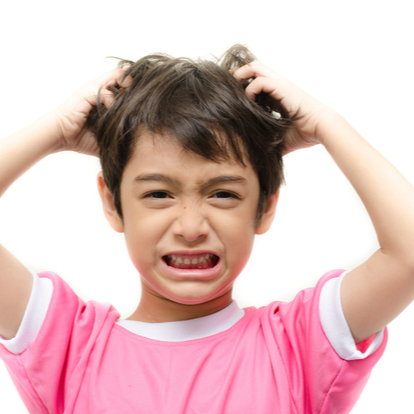 Along with bed bugs, ticks, and other insect infections that make your skin crawl, head lice is one of the most uncomfortable and irritating conditions you can contract. Head lice are tiny, crawling insects drawn to the head because of the hair follicles it contains. If you've ever been unlucky enough to contract head lice, you know what a nuisance they can be.

What is Head Lice?

Head lice are microscopic insects that crawl along the skin's surface and nest in your head. They are bloodsuckers that feed off the blood and follicles of your scalp and typically don't leave on their own. While head lice are more common in children, they can develop on the heads of anyone they can attach to.

While contracting head lice isn't a sign of uncleanliness or poor personal hygiene, it does mean that you should get help fast. Head lice typically nest and live in the hair and head of their hosts and lay tiny eggs that hatch and start head lice colonies.

How Do You Get Head Lice?

Head lice typically transfer from one person to another through direct head-to-head contact. This is why head lice are most common among children who are more likely to contact each other while playing at school or on a playground. However, head lice can also spread through secondary contact from a hat, comb, scarf, or touching an infected person's head.

While suffering from a head lice infestation is extremely itchy and uncomfortable, they don't transmit serious diseases. Because of this, it isn't considered a serious health risk but rather an inconvenience.

How is Head Lice Diagnosed?

The most obvious signs of head lice are the physical symptoms accompanying them. Extreme itchiness and redness of the scalp, as well as visible lice, are the best indicators. Head lice are tiny, but you can see them with the naked eye. You can see adult lice moving along the hair and scalp during an active infestation.

However, head lice are quick and tricky little insects. You may need to schedule an appointment with a doctor and have them professionally inspect your scalp to find active signs of head lice. Your doctor will use a specialized light known as a Wood's Light that causes lice eggs to appear bluish.

There's no doubt that head lice are a severe nuisance that nobody wants to deal with. However, they don't present a significant health concern and are relatively easy to deal with.